Women’s History Month is dedicated to celebrating fearless leaders and pioneers like them, and all women around the world. But honestly, a month isn’t enough. A library really isn’t complete without the latest works by and about influential women. Use this list as a starting point to ensure you share the entire HERstory, and check out our latest digital catalog for more.

Her Own Hero
Wendy Rouse

At the turn of the twentieth century, women famously organized to demand greater social and political freedoms like gaining the right to vote. However, few realize that the Progressive Era also witnessed the birth of the women’s self-defense movement. 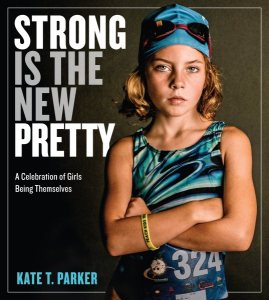 Strong Is the New Pretty: A Celebration of Girls Being Themselves
Kate Parker

Girls being fearless. Girls being silly. Girls being wild, stubborn, and proud. Girls whose faces are smeared with dirt and lit up with joy. So simple and yet so powerful, Strong Is the New Pretty celebrates, through more than 175 memorable photographs, the strength and spirit of girls being 100% themselves.

Today, diverse women of all hues represent this country overseas. Some have called this development the “Hillary Effect.” But well before our most recent female secretary of state there was Madeleine Albright, the first woman to serve in that capacity, and later Condoleezza Rice. Beginning at a more junior post in the Department of State in 1971, there was “the little Elam girl” from Boston.

Diversifying Diplomacy tells the story of Harriet Lee Elam-Thomas, a young black woman who beat the odds and challenged the status quo. Inspired by the strong women in her life, she followed in the footsteps of the few women who had gone before her in her effort to make the Foreign Service reflect the diverse faces of the United States. 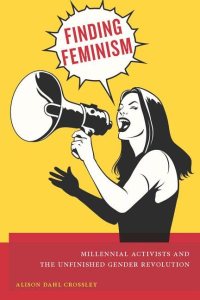 In Finding Feminism, Alison Dahl Crossley analyzes feminist activists at three different U.S. colleges, revealing that feminism is alive on campuses, but is complex, nuanced, and context-dependent. Young feminists are carrying the torch of the movement, despite a climate that is not always receptive to their claims. These feminists are engaged in social justice organizing in unexpected contexts and spaces, such as multicultural sororities, student government, and online.

Pink-Slipped: What Happened to Women in the Silent Film Industries?
Jane M. Gaines

Women held more positions of power in the silent film era than at any other time in American motion picture history. Marion Leonard broke from acting to cofound a feature film company. Gene Gauntier, the face of Kalem Films, also wrote the first script of Ben-Hur. Helen Holmes choreographed her own breathtaking on-camera stunt work. Yet they and the other pioneering filmmaking women vanished from memory. A bold journey through history and memory, Pink-Slipped pursues the still-elusive fate of the influential women in the early years of film.

When Donald Trump referred to Hillary Clinton as “such a nasty woman,” women felt a jolt of recognition—and promptly turned his insult into an empowering slogan. This book celebrates the now-ironic phrase with quotations by and about strong women. The words, both positive and negative, come from figures in ancient history, founding mothers and feminist leaders, politicians, artists and cultural icons, celebrities, and the women at home.

Check out the Herstory digital catalog for more!